Our planet is really in a mess, and that is a fact. Human activities such as deforestation and pollution have contributed significantly to the degradation of the environment. As a result, this has led to adverse effects brought about by global warming and climate change. While this becomes a matter of concern, various technologies that aim to make our planet more sustainable have emerged in recent times. Here are some of these technologies.

Too much carbon dioxide (CO2) in the atmosphere is the most significant cause of global warming. What if this gas could be captured and isolated? That’s the idea behind CO2 capture plants, a technology that was launched in 2017 in Switzerland. These plants work by separating CO2 from gases emitted from industrial processes and electricity generation. They achieve this through various methods such as pre-combustion capture, oxyfuel com­bustion and post-combustion capture. Once the CO2 is captured, it’s then transported by pipes and stored in underground rock formations.

Power is often the constraining factor holding back many green technologies. While wind and solar can produce lots of electricity, their adoption is often hampered by unpredictable weather. Electric cars, too, are making significant strides, but until charging times diminish and range increases, fossil fuels will still rule. Form Energy, an American company, is currently producing aqueous sulfur-flow batteries that are likely to reduce the dependency on fossil fuels. These batteries are not just cheaper than lithium batteries but also come with more storage times.

What if all windows in a skyscraper could produce energy? This is the promise of solar glass, a new technology that’s generating interest among construction engineers. Solar glass is transparent window material that captures energy from the sun and transforms it into electricity. The University of Michigan is currently developing solar glass that can capture up to 50% of the sun’s energy. With 5-7 billion square meters of window space available in Michigan, the electricity produced can meet many needs, hence reducing the use of fossil energy.

Exhaust fumes generated from combustion engines of cars are one of the most significant contributors to air pollution. Their presence in the atmosphere damages the protective ozone layer hence leading to increased global warming. That’s why there has been intense lobbying for people to embrace the use of electric cars. Consistent technological innovations are the key driver for this change. Most namely, these cars are powered by huge lithium-ion batteries, this is a very similar technology to what powers our smartphones. This means that the same technology that stores your music library, play different smartphone apps, or even play online games like those at Platincasino, facilitates your daily commutes.

The wanton disposal of plastics is one of the biggest causes of environmental degradation. The problem is deeply rooted near the oceans, where these non-biodegradable materials often find their way into the waters, hence choking marine life. While many countries have strict laws regarding the use of plastics, the introduction of plant-based plastics will improve the situation. Made of wastes from plants such as corn, cassava, sugarcane, and wheat, and these plastics are biodegradable, hence environment friendly. In fact, they are expected to replace synthetic plastics in the near future.

As it’s now evident, technology will play a massive role in making planet Earth a more comfortable place to live in. This is by offering better stewardship of natural resources and facilitating the shift from non-renewable to renewable energy. Besides those as mentioned earlier, other technologies include artificial intelligence, environmental sensors, smart grids, and nuclear fusion. As we advance into 2022 and beyond, we’re going to see these innovations being widely used to restore our environment.

Should You Get a Dedicated IP Address? 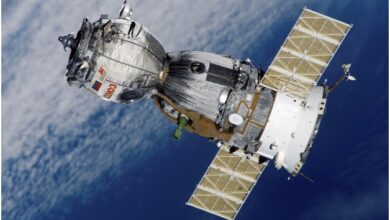 What Are the Benefits of Global Positioning Systems?

7 Easy Ways To Hire A Hacker For iPhone.