Around 5000 miles from the warmth of Florida lies the medieval city of Salzburg in Europe. With stretching views over the Eastern Alps and the winding Salzach River that divides the city, Salzburg is a famous city that attracts millions of visitors every year. In times gone by, perhaps the most compelling reason to visit for any American is that the city is the birthplace of the renowned composer Mozart, but these days, the reason Americans would visit Salzburg would be to see a soccer player called Brenden Aaronson in action.

If you’re a US soccer fan, then you may feel overwhelmed at the prospect of all the up-and-coming talent across the pond. Aaronson is the latest American talent to be exported to Europe and follows in the footsteps of players such as Antonee Robinson, who is currently making waves with Fulham Football Club in England. Perhaps owing to his contribution to the team, the latest EFL Championship betting odds suggest that Fulham will be promoted to the Premier League next season after being priced at 1/18 to gain promotion.

Evidently, American soccer players can forge a path in the highly competitive English football leagues. The most recent Championship football tips predict that Robinson will be playing in the best league in the world next year and in doing so, will join the likes of Christian Pulisic at Chelsea, who is already plying his trade there.

Intriguingly, the latest whispers suggest that Aaronson will join them there after Leeds United made a bid for the 21-year-old’s services. However, they aren’t alone in trying to court the American as European giants AC Milan send flattering glances in the direction of the ex-Philadelphia Union player.

Exc: From @TheAthletic and @samstejskal – Leeds United have tabled a formal bid for RB Salzburg midfielder Brenden Aaronson. Believed to be in the region of £15m. Salzburg valuation higher than that but Leeds persisting with their interest.

The truth is, we don’t know where Aaronson will end up and we’re not trying to predict that eventuality, but what we’re certain of is that he will be the next soccer sensation to come out of the States, which means that he will leave Salzburg at some stage to answer his calling. The above clubs listed, who are interested in his services, are merely an indication of the talent that he has. So, why is he so good and currently receiving widespread international interest?

Nearly a special goal for the USMNT! pic.twitter.com/nCwhKsJN2z

In short, the 21-year-old plays as an attacking midfielder who has a wide range of skills that make him one of the most sought-after players in world soccer given that his traits are suited to the modern game. In particular, Aaronson has an aggressive press and an accompanying sprint speed to set him apart from the rest as he closes down his opponents and wins the ball back in the final third. This is the most dangerous part of the field to win possession and when he does, the American has the skill to make teams pay by scoring or assisting his teammates to do so.

For further proof of this just look at his carer stats and you’ll see that in the 51 times that he has played for his current club RB Salzburg, Aaronson has scored on ten different occasions whilst providing assists for a further 12 goals. In essence, that means in just over 50 games, the 21-year-old has had a hand in 22 goals which, to say the least, is a staggering stat.

Indeed, these are elite numbers and the reason why, if you’re going to Salzburg to watch Aaronson, then you might want to bring your plans forward because this is a player that is destined for the top of world soccer. 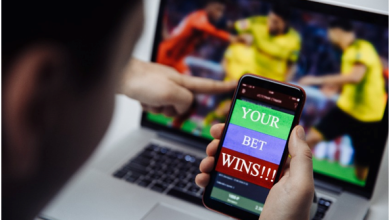