Which engines are the best – German, Japanese or maybe American? We made a rating of the most successful engines and revealed the secrets of their reliability and “unkillability”.

Car owners have a legend. About the engine that does not break down. There is not even one, but set. These legends grow with time with surprising biographies and generate not ceasing disputes on a theme “German against Japanese against American”.

A great number of witnesses are ready to testify reliability of this or that engine with mileage in half a million – million kilometers, not embarrassed at all that its origin is hidden in the darkness of centuries, and it is observed by eyewitnesses only some years. But legends do not lie: such engines exist. We have united them in the list, which was compiled with the help of automobile mechanics with a solid operational experience.

The list turned out to be rather big – for the last several decades, carmakers have managed to create enough masterpieces of engine construction. And say that our review will include not all engines, but only ten, the most famous and mass. Those that were installed on the iconic at the time of the model, won the race. A kind of celebrities in the world of cars.

Diesel power plants are traditionally considered the most reliable. Largely due to the fact that a decade ago, it was difficult to imagine a car with a sports character and a diesel unit, and now the diesels are taken by those who need to drive a lot, which means that the engine works in the best conditions. In addition, the older generations of engines have a relatively simple design with a good margin of safety.

The family of diesel engines OM602, five-cylinder with two valves per cylinder and mechanical Bosch fuel injection system deservedly holds the palm of priorities for mileage, durability and the number of cars with them. These diesel engines were produced from 1985 to 2002 – nearly twenty years.

Not the most powerful, from 90 to 130 hp, they were famous for their reliability and efficiency. This family had very good ancestors, generation OM617, and its successors – OM612 and OM647. More info by link.

One can find these engines on Mercedes W124, W201 (MB190), off-road G-class, frigonas T1 and Sprinter, and even on the later W210. The mileage of many vehicles exceeds half a million kilometers, and the record-breaking ones are even over two. If you take care of the failing fuel system and accessories in time, the construction will not let you down.

Bavarian engines are by no means less deserving than the Stuttgart ones. These inline six-cylinder diesels, in addition to their impressive reliability, were also distinguished by a very perky disposition, which contributed a lot to change the image of the diesel engine. One can not perceive the BMW 330D with a body E46 as a slow car for pensioners or cab drivers any more, it is a driving car, but with a powerful and tractive diesel engine.

The output of these engines ranged from 201 hp to 286 hp in different versions, and they were produced from 1998 to 2008 and were in most Bavarian models of the decade. All of them, from the third series to the seventh, had variants with the M57. They can also be found on the Range Rover – the engine of the legendary “Mumusik” was from this series.

By the way, our hero had no less legendary ancestor, though not so widespread. The family of M51 engines was produced from 1991 to 2000. The engines had lots of small problems, but mechanics is unanimous: serious failures are rare and the engine runs well at least up to mileage of 350-500 thousand.

Gasoline engines in Russia are still loved more than diesel engines. After all, gasoline does not freeze in winter, and they are designed in a simpler way. And if diesels are in the list of finalists were only relatively large, then among gasoline “legends” will be smaller engines, in-line 4s.

The honor to open the list goes to the motor Toyota 3S-FE – a representative of the well-deserved S series, which is considered one of the most reliable and unpretentious units in it. Two-liter displacement, four cylinders and sixteen valves are typical figures for mass-produced engines of the 1990s. The camshaft is belt-driven and simple distributed injection. This engine was produced from 1986 to 2000.

Mechanics note the amazing ability of this engine to withstand high loads and poor service, the convenience of its repair and the overall thoughtfulness of its design. With good maintenance, these engines can run up to 500,000 km without overhaul and with a good reserve for the future. They are able not to bother their owners with petty problems.

It is another Japanese family of two-liter gasoline engines. Its first variants appeared in 1982, and licensed copies and successor models are produced until now. Initially, the engine was produced with a single camshaft (SOHC) and three valves per cylinder, but in 1987 a DOHC version with two camshafts appeared. The most recent varieties of the unit were installed on the Mitsubishi Lancer Evolution IX until 2006. Motors of this family have found a place under the hood of not only Mitsubishi cars, but also Huyndai, Kia, as well as Chinese brand Brilliance.

Over the years the engine has been repeatedly upgraded, the most recent versions have a variable valve timing system and more complex power and supercharging systems. All this does not affect the reliability in the best way, but the maintainability and convenience of the layout remain. Only naturally aspirated versions of the engine are considered “millionaires”, although turbocharged ones can also have a very long, by the standards of competitors, service life.

Another Japanese family of motors, which includes more than a dozen varieties of volume from 1.2 to 1.7 liters, rightfully deserving the status of almost “unkillable”. These engines were produced from 1984 to 2005. The most reliable are D15 and D16, but all of them have one thing in common – will to live and high tachometer readings.

Power comes up to 131 hp and the rpm is up to 7 thousand. Such engines are used on Honda Civic, HR-V, Stream, Accord and Acura Integra. With a fighting character and small working volume the overhaul life of 350-500 thousand can be considered outstanding, and the smart design gives a chance for a second life and another 350,000 mileage.

The list of excellent and simple quadruple closes the representative of European engine construction school – x20se from Opel 20ne engine family. This member of GM Family II engine family became famous because it often outlasted the cars it was installed on.

Simple design – 8 valves, belt-driven camshaft – and a simple distributed injection system are the secrets of its longevity. Like the most successful examples of the Japanese school, it has a volume of two liters and the same ratio of cylinder diameter and piston stroke as the 3S-FE – 86 x 86mm.

Power of different versions is from 114 to 130 hp. These engines were produced from 1987 to 1999 and installed on such models as Kadett, Astra, Vectra, Omega, Frontera, Calibra, as well as on Australian Holden and American Buick and Oldsmobile. In Brazil, even a turbocharged version Lt3 engine with power of 165 hp was produced.

Sixteen-valve version, the famous C20XE, until last year was used in cars Lada and Chevrolet in the racing championship WTCC, and its turbocharged version, C20LET, was noticed in rally and is considered one of the most simple and successful.

Simple versions of the engine can change not only half a million miles without overhaul, but with careful attention will try to go to a million. Sixteen-valve versions, X20XEV and C20XE, do not possess such “health”, but also can please its owner for a long time, and its construction is as simple and logical.

The V8 motors for passenger cars usually do not have an extra long life – the lightweight construction and complexity of such a big motor does not add to the reliability of the unit as a whole. It does not quite apply to American V8s, but they are a separate topic of discussion.

Really reliable V-motors, not pestering the owners with large and small breakdowns, capable of easily cross the threshold of half a million miles, can be counted on fingers.

Bavarian production is in the list of reliable motors again. The company made its first passenger V8 for many years in glory: two-row chain, nikasilic cylinder coating and a good margin of safety. A relatively small degree of boost and a good study of the design allowed to create a truly resourceful motor.

The use of nickel-silicon coating (Nikasil) makes the cylinders of such an engine virtually indestructible. By half a million kilometers the engine often does not even need to have piston rings replaced. But such a tough nikasil coating is afraid of sulfur in the fuel, and after numerous cases of engine damage in the United States it was abandoned in favor of Alusil technology, with a more “gentle” coating. Although it is just as hard, it will crack over time due to shock loads and other factors. These engines were fitted to BMW 5-Series and 7-Series models from 1992-1998. 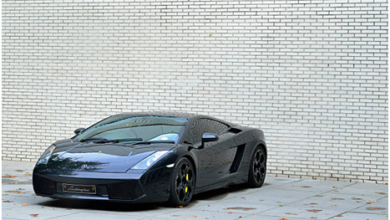 How Do I Know For Renting Luxury Cars In Dubai