The move by the South African Financial Sector Conduct Authority FSCA regulatory amendments has resulted in the amendment of its Financial Advisory Act 2002, which classifies crypto assets as financial products, further allowing domestic and international financial service providers licenced in South Africa authority to offer cryptocurrency as a product. Industry insiders see the regulations and licencing requirements as yet another strategic catalyst to legitimise the sector while still providing consumer protection. This gives South Africa’s supermarkets and centres the green light to offer its consumers the option of settling their bills and donating using cryptocurrencies.

One of the more critical aspects of the amendment will be to have financial advisors advising on unregulated investment opportunities, as the previous definition of the amendment didn’t permit any form of advice related to similar investments. Estimated at around 6 million users, South Africa boasts an impressive and growing market of retail cryptocurrency users. The South African Reserve Bank has also thrown its weight into harnessing the industry by adopting a deliberate approach to establishing regulatory accountability in favour of balancing investor protection and innovation necessary for the industry’s growth.

In the beginning of November 2022, two organisations hopped on the crypto bandwagon; the National Children’s Advocacy Center (NCAC) and South Africa’s most popular supermarket, Pick n Pay. According to the NCAC site, accepting cryptocurrency enables the organisation to provide free services to children and their family members. The organisation has partnered with Giving Blocks making it the first non-profit organisation to accept donations in the form of digital assets.

Donating crypto does not only offer support for children and their families but it is also one of the most efficient ways of support. The organisation has over 80 supported assets, including Bitcoin and Ethereum. The Center is continually in the process of adding support for new cryptocurrencies to offer more options. In their post, the Center highlights its excitement regarding what the future holds in the crypto and blockchain space and believes that they have just scratched the surface of its true fundraising potential. According to the Crypto Project Co-ordinator Hannah Alderson, making crypto donations “equates to a cash donation which turns into therapy hours for children, parenting classes and medical examinations. It turns into hope and healing and justice for kids who have been hurt by the people who were supposed to be taking care of them.”

Reports revealed that Pick n Pay has started allowing customers to settle their bills through cryptocurrencies, including Bitcoin. Platforms like Bitcoineer support the statements made in the company’s press release which outlines that the offering covers 29 of the company’s stores located across South Africa. The move follows the successful execution of the first phase of a new pilot that grants consumers the ability to pay using cryptocurrency on their app. The company aims to embrace the asset class and has now decided to test in more stores.

Customers can pay for their groceries at any Bitcoin Lightning-enabled wallet, such as Zap, BlueWallet or Muun; the firm said, “The transaction is as secure and easy as swiping a credit or debit card. Consumers scan a QR code from the app and approve the Rand exchange rate on their smartphone at the transaction time. The activation fee for each transaction is minimal, costing the consumer on average 70 cents, and takes less than 30 seconds.” The press release also disclosed that Pick n Pay held the pilot in 10 Western Cape stores over the past five months with pre-selected testers, which included Bitcoin Ekasi in Mossel Bay, and also pays The Surfer Kids non-profit organisation coaches. The coaches and children can conveniently spend their earnings at their local Pick n Pay store.

According to the Group Executive Information and Technology at Pick n Pay, Chris Shortt, “this new technology indicates that we can supply an economical service for low-value, high volume transactions that will promote financial inclusion in South Africa. We are regularly testing and innovating new technology so that we can add actual value and choice for the customers we assist. This inspiring pilot shows vast potential and is another way we can help and support our customers.”

The founder of CryptoConvert, Carel Van Wyk, believes that crypto payments are still in their infancy stage in South Africa. With that being said, cryptocurrencies have become popular among the local population, and such moves could fuel the progress to another level. South Africa seems to be evolving with time, from declaring crypto assets as financial products to allowing customers to settle their bills or make donations through crypto. We will keep you updated on the progress and encourage you to continue researching movements in the market to educate yourself further.

Is CBDA better than the well known CBD? 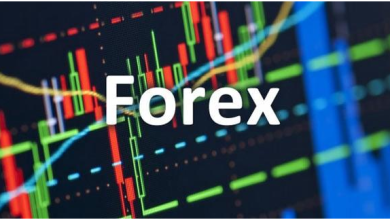 Lot Size Calculator: Why And How Forex Traders Use This Trading Indicator?

Vendor Management Framework: What To Know

10 Tips To Start Improving As A Photographer