In the United States, Florida is one of the most popular states. With its many attractions, including world-renowned theme parks, it’s no wonder that people from all over the country come to visit. Another big draw for people in Florida is sports. The state is home to some of the country’s biggest and most successful sports teams. In this article, we will take a look at the biggest sports teams in Florida and some of their recent successes.

Florida has a long and rich history when it comes to sports – dating back to the early days of the state’s history when Florida was still a territory. Baseball was one of the first organized sports in Florida, with the first recorded game occurring in 1838. Football has a long history in the state, with the first game being played in 1869. Basketball was introduced to Florida in 1897, and the state’s first professional basketball team was formed in 1946. Today, Florida is home to several professional sports teams, including football, baseball, basketball, hockey, and soccer. Florida is also home to several major college sports programs, and sports betting in Florida is extremely popular, making it one of the most sports-rich states in the country.

The Miami Dolphins are a professional American football team based in the Miami metropolitan area. The Dolphins compete in the National Football League (NFL) as a member club of the league’s American Football Conference (AFC) East division. The team plays its home games at Hard Rock Stadium in the northern Miami Gardens, Florida suburb. The Dolphins are the oldest professional sports franchise in Florida. Of the four AFC East teams, they are the only team in the division that was not a charter member of the American Football League (AFL). The Dolphins were founded by attorney-politician Joe Robbie and actor-comedian Danny Thomas. They began to play in the AFL in 1966.

The region had not had a professional football team since the days of the Miami Seahawks. They played in the All-America Football Conference (AAFC) in 1946 before becoming the first incarnation of the Baltimore Colts.

The Jacksonville Jaguars are a professional football team based in Jacksonville, Florida. They are members of the South Division of the American Football Conference (AFC) in the National Football League (NFL). The Jaguars were founded in 1993 as an expansion team and began to play in 1995. The team has played its home games at EverBank Field since its inception. The Jaguars are owned by Shad Khan, who purchased the team in 2011. Khan also owns the English Premier League football club Fulham F.C. The Jaguars have won two AFC championship games but have never reached the Super Bowl. However, they have fielded some good teams and great players over the years, including quarterbacks Mark Brunell and Byron Leftwich, wide receiver Jimmy Smith, and running back Maurice Jones-Drew. The team has had some down years, but the fans remain loyal.

Few places in the United States can boast as perfect a climate for baseball as Florida. It should come as no surprise that the state is home to two Major League Baseball teams: the Miami Marlins and the Tampa Bay Rays. The Marlins play their home games at Marlins Park, located in the Little Havana neighborhood of Miami. The ballpark opened in 2012 and has a capacity of just over 37,000. The Rays, meanwhile, play their home games at Tropicana Field in St. Petersburg. Although it is not on the water like many other ballparks, Tropicana Field has a retractable roof to protect fans from the blistering Florida sun. Florida is a mecca for baseball fans with two teams playing in such close proximity.

The sunshine state has long been a hotbed for basketball talent. From Shaquille O’Neal to Dwyane Wade, many of the NBA’s greatest players have called Florida home. In recent years, the state has also become home to two NBA teams: the Miami Heat and the Orlando Magic. Both teams have enjoyed considerable success, with the Heat winning three championships and the Magic making it to the finals in 2009. The presence of two NBA teams has helped to raise the profile of basketball in Florida and has made the state one of the premier destinations for basketball fans.

In recent years, the NHL has seen several teams relocate to warmer climates. The most recent examples are the Arizona Coyotes and the Vegas Golden Knights, who both began play in the 2017-18 season. Before that, the Tampa Bay Lightning and Florida Panthers entered the league in the 1992-93 season. Both teams have been relatively successful, with the Lightning winning the Stanley Cup in 2004 and the Panthers making it to the finals in 1996. The Panthers are currently the only team in Florida, but that could soon change. Rumors have been swirling that the NHL is interested in placing a team in Orlando, and it is possible that we could see another Florida team as early as 2020. Whether or not this happens, it is clear that the NHL is interested in expanding into new markets, and Florida appears to be one of their target areas.

Other Professional Sports Teams in Florida

As you can see, Florida is a hotbed for professional sports. With teams in all of the major leagues and several other leagues, there is no shortage of options for sports fans in the state. So whether you’re looking for baseball, basketball, football, hockey, or soccer, you’ll be able to find a team to root for in Florida. 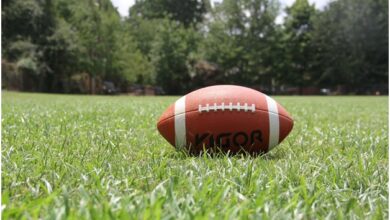 Jaelan Phillips signs a four-year Contract for the Dolphins